During his years in New York, Michael Andrew Law painted elegant Westen and Easten beauty and youth as well as the scenery of Victoria Harbour.

In 2006, his first one-man exhibition was held at New York‘s Galleries. The art show created a sensation and sent what some US art critics said a clear message to the New York art arena: classical realism was back against the Conceptual art.

In November 2006, Tom Tramell , the owner of the TT Galleries and then the chairman of the Jen Lynn Prod. Corp. bought three piece of Michael Andrew Law‘s painted work — Thus Michael Andrew Law became a special visionary artist through his artistic production. The story was much told in both artistic and fashion circles.

Art critics said Michael Andrew Law’s work does not fit easily into a “Chinese” or “Western” ,as well as the so called classical and contemporary mold. His art can be described as “multi-cultural” in the sense of combining the best of several cultures, in particular the western oil paintings and traditional Chinese paintings, according to the critics.

In 2010, Michael Andrew Law’s work — Gold of Mine, was auctioned in The Rotary Club of Peninsula South , for charity. The auction gained him an artistic-entrepreneur status.

In 2008 Law produced documentaries named My Story My Art to depict experience of serveal hong kong artist who came to fame during 2000s.

Michael Andrew Law’s turn to the fashion and design industry aroused some disputes in Hong Kong‘s artistic circle. Traditionally, People see a painter as aloof from petty politics and material pursuits and faraway from commerce and business. But Michael Andrew Law said, “I‘d like to make my own choice for way of life. I love to creates. In my point of view, they are all beautiful.” 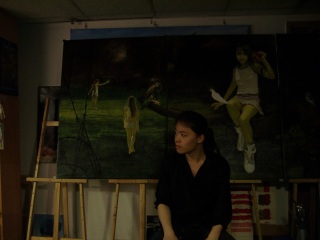 In 2008 Michael Andrew Law co-started a business named NatureArt . Year later, he established the project as one of Hong Kong most acclaimed workshop. All the while, he acted as the creative director of the design company Studio Cheukyui . 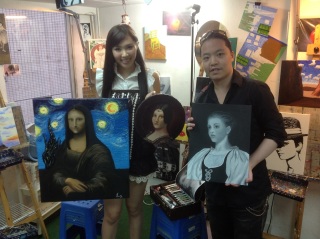