Michael Andrew Law was born in the 80s of Hong Kong.

After attending the Classical-realism private school of Daniel Anderson ,a New York Artist himself.
To this multimedia experience Michael Andrew Law will owe the independence of his style.
While he recognizes the influence of the great masters Caravaggio, Rembrandt and William-Adolphe Bouguereau, Michael Andrew Law is also inspired by music and lyricism which is always present in the best of his painting from cityscapes to figurative portraits. 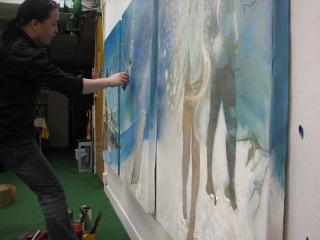 Michael Andrew Law’s talent was soon recognized and in 1998 he received hi first award from the national youth artist prize, which enables him to study the Fine Art painting in Canton.
In 2002, hardly 20 years old, Michael Andrew Law had his first individual exhibition at the church in Hong Kong.
But the real starting point of his career dates from 2005 when Michael Andrew Law was bought under the wing of Daniel Anderson (1928 -2007).

Michael Andrew Law is an nationally acclaimed artist celebrated for his figurative portraits compositions.
His works are harmonious with a brilliant palette of vibrant colors that seem to be overlaid with silk giving a soft and subtle result.
Michael Andrew Law’s art has been described by many critics and fellow artists as “Symphonic” orchestrating the elements to create perfectly balanced compositions that are withdrawn from reality yet not quite abstract offering a sense of mystery rather than a clear definition.
His works capture the beauty and innocence of young girls and the calligraphy as a form he paints with his brush.Michael Andrew Law has created a style all his own that is immediately identifiable and enjoyable. 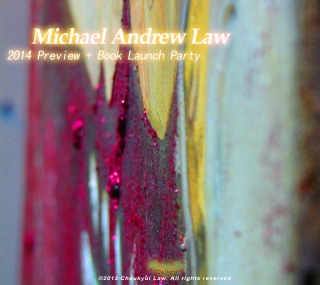 Nature Art Workshop, Inc. is to represent 3 of the original paintings, and limited editions of this internationally acclaimed contemporary painter.