Jackman was born in Sydney, Australia, the youngest of five children of English-born parents. His mother left the family and went back to England when he was eight years old, and he remained behind with his father, an accountant. Jackman graduated from the Sydney University of Technology with a BA in Communications, having majored in journalism. In 1994, he graduated from WAAPA.
Jackman married actress Deborra-Lee Furness in February of 1996. They met on the set of his first TV acting job in Corelli, an Australian television program. Jackman played an angry prisoner who fell in love with his counsellor, played by Furness. He and his wife adopted Oscar Maximilian Jackman, who was born on May 15, 2000.
Jackman played Gaston in the Melbourne production of Beauty and the Beast, and Joe Gillis in the same city’s production of Sunset Boulevard. He first became known outside of Australia when he played the leading role of Curly in the Royal National Theatre’s acclaimed stage production of Oklahoma! in London, demonstrating his talent as a singer as well as an actor.
He was a last-minute addition to the X-Men cast. Dougray Scott was originally cast as Wolverine, but Scott was tied up on the set of Mission: Impossible 2 for two additional months of shooting. Hugh stands a foot taller than Wolverine, who is reported by Marvel Comics to be 5′ 3″.
In 2004, Jackman won a Tony Award for his Broadway portrayal of Australian songwriter and performer Peter Allen in The Boy From Oz.
2005 saw him cast in the lead role of The Fountain, directed by Darren Aronofsky. Jackman starred alongside Rachel Weisz and Ellen Burstyn.

Jackman later nominated an oscar for his performence in film Les Misérables ,also won a Golden Globe for best actor in 2012. 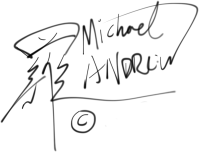